Fees for No service

You’re Out of Your Mind

Fees for No service 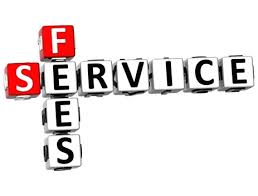 ASIC recently released a report into the behaviour of financial advisers controlled by the big 4 banks and AMP.  It probably won’t surprise many that the findings weren’t great, but it was a non-headline grabbing and little reported finding that caught my eye.  Further, it is an issue that is not confined to the big 4 and AMP.  It is an issue involving the vast majority of financial services businesses, be they financial planning, insurance or mortgage broking.

But first, back to the ASIC report, “REPORT 515: Financial advice: Review of how large institutions oversee their advisers”.  As a result of ASIC’s enquiries 185 advisers were identified as presenting serious compliance concerns, of which 26 had been banned (a recent update indicates 41 have now been banned) and a further 75 were still under investigation or surveillance at 31 December 2016.

As part of the associated review and remediation program conducted within the 5 institutions, 1,347 customers were compensated a total of approximately $30 million, as a result of the conduct of 97 advisers.  Sounds bad and it is, but wait for the next part.

$200 million in Fees for No Service

In October 2016 ASIC released “REPORT 499: Financial advice: Fees for no service”.  This report into the operations of 6 financial institutions, being the big 4 banks, AMP and Macquarie Bank found that customers of these institutions had been regularly charged fees for services never delivered.  Not a big surprise on its own but the scale of the problem may surprise.  ASIC estimates over 200,000 customers were affected, with total compensation possibly exceeding $178 million plus interest (In a recent Senate committee presentation ASIC estimated the amount would be $200 million.).

Commenting on the findings ASIC said “During the period of time covered by this project, the financial advice industry still had a culture of reliance on automatic periodic payments, such as sales commissions and adviser service fees. Some advice licensees prioritised advice revenue and fee generation over ensuring that they delivered the required services. Cultural factors in the banking and financial services institutions covered by this report may have contributed to the systemic failures we observed.”

I’d love to believe that these issues are behind us but I don’t.  The use of automatic drawings of fees from client investment/super accounts is still very widespread.  Particularly the use of percentage based fees.

It’s a Bigger Problem Than You Think

These finding relate only to individuals that entered into an agreement to receive an advice service.  They do not relate to customers who did not enter into an agreement to receive a specific advice service in return for the commissions they funded, or the adviser fees they paid.  Further, they do not relate to the life insurance or finance aspects of Australian Financial Services Licensee’s, or the mortgage broking industry where ongoing commission payments, over which customers have no control as to payment, are an inherent feature of the industries.

If the earlier ASIC findings only cover those with an agreement and only the big 4 banks, AMP and Macquarie and they don’t capture the life insurance and mortgage broking industries can you imagine the true size of the problem of customers paying for services they don’t receive.  It’s massive, in number impacted and amount.

In most cases the people involved don’t even know they have been paying a fee for no service, or see it as “simply the way it is”, and therein lies a big part of the problem.  It’s so ingrained that it’s invisible or too many just accept it.  Also, while it’s not right, it’s also typically not illegal.

What Can You Do About It?

If you are reading this and wondering if it applies to you, check the transaction listing for your investment account or superannuation account, as adviser service fees must be disclosed.  If you are not getting service for a fee being drawn from your account have the adviser noted turn the fee off or contact the administrator for the investment/super account and have them turn the fee off.

If you have an insurance policy, you are highly unlikely to be able to see the commission amount you are paying each year, as beyond the report provided at the time the policy was established it does not need to be disclosed.  The effect of commissions for life and disability insurance is that for every $100 of premium you pay, $25-$30 is going to paying the associated commissions.  This is every year for all premiums paid.  That’s $250-$300 of every $1,000 you pay, every year.

For home loans and investment property loans you again won’t be able to see the commissions paid, as they are incorporated in the interest rate you pay.  The commission component typically equates to 0.15%-0.25%.  On a $500,000 loan this equates to $750-$1,250 per annum.

You rarely avoid paying the commission component by dealing with an insurer or lender directly.  They will simply keep that component for themselves.

For home loans and investment property loans it is a bit more complicated as the actual removal of the commission component of the interest rate is rarely accommodated.  You have to rely on the mortgage broker rebating the amount they receive.  There are a small number of brokers that rebate the commissions.  Ideally use one that rebates 100% of what they receive and charges you a set fee for their services.

I’d caution you against looking to get some service for what you have been paying.  After all this is a person/organisation happy to take your money and deliver nothing for it.  That should tell you something.

Importantly, don’t just accept it, do something about it.  It’s your money.