Too good to be true?

A recent article in Financial Standard ( https://www.financialstandard.com.au/news/super-switching-three-times-higher-cfs-159862808 ) based on data from Colonial First State has again highlighted how human emotions don’t mix well with financial markets. This is a story told many times before, but worth telling again. We need to be constantly reminded.

Some background first, financial markets started selling off in February on the back of concerns as to the impact of COVID-19. The sell-off was substantial (30%+ in share/equity markets) and rapid by historical comparisons. The low point (at least till now) was reached on 23 March 2020.

The data from Colonial First State indicates super fund member investment switching during March was 3 times the usual rate for the month of March. This is not particularly surprising given the magnitude of the movements that were seen during March, but was it actually helpful or beneficial?

On the first matter of being helpful, it probably was. Often simply doing something makes us feel good. We are being proactive. We are doing something, rather than nothing, and that is surely a good thing (?). We will likely feel better as a result of doing something.

However, when we focus on the matter of whether the action was beneficial, we get a different outcome. The CFS data indicates 39% of the switches during March were to Cash and slightly less to growth assets (i.e. shares/property/growth alternatives). On the surface this may suggest the switches were reasonably balanced. For everyone taking a more defensive position there was someone taking a more aggressive position.

When we look at when those switches were taking place, however, we see detrimental imbalance. CFS said the highest number of switches to cash, at 65% (I assume of the total switches to cash), were on 23 March. They were selling at the very bottom. Further, the lowest percentage of switches in dollar terms to growth assets (9%) was also on 23 March.

So, as far as getting the timing right goes, people couldn’t have got it much worse. People were bailing out at the bottom, just like we have seen many times before.

The CFS representative was quoted as saying “The switching activity we have seen is directly linked to how the Australian market is performing on the day”.

This is not to say that daily happenings don’t matter. The real question though is whether a daily happening impacts on the longer-term strategy. I’d suggest answering this question takes more than a day.

The key takeaways should be to:

Do you have a longer-term strategy that will stop you from making the same mistake? 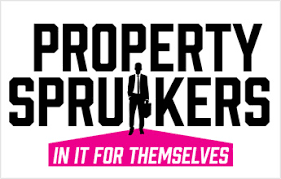 Too good to be true?